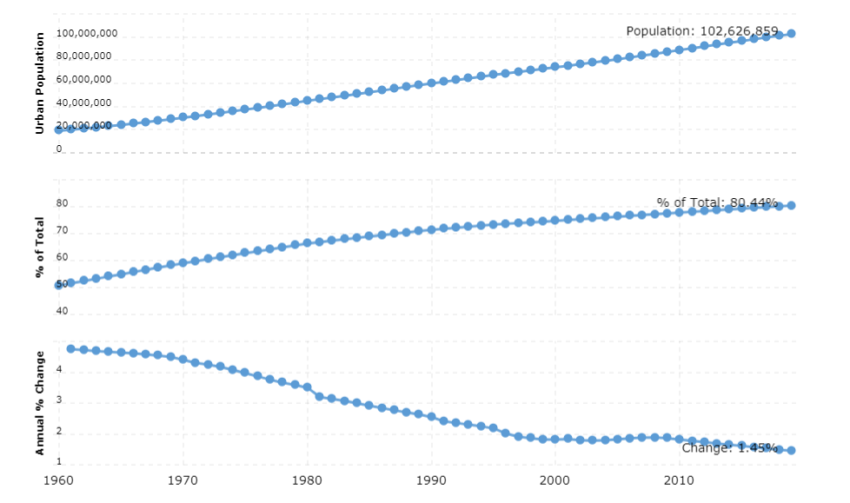 Short for MX by Abbreviationfinder, Mexico is a republic with strong presidential power. It is also a federal state, and on paper, the states have far-reaching self-government under their elected governors and state governments. In practice, however, power is highly centralized. Nowadays there are several parties with influence over politics.

The Constitution dates from 1917 and is considered to be the first in the world to include guarantees of social rights. Amendments and amendments to the Constitution have been made on several occasions, including in the 1990s when property rights were strengthened and restrictions on the Catholic Church largely abolished.

The president is elected in general elections for six years and cannot be re-elected. The president is head of state and government as well as commander-in-chief, and appoints heads of a number of government agencies. There is no Vice President, if necessary, Congress appoints a replacement for the President.

Mexico consists of 31 states and the metropolitan area, which was a special entity under the name Federal District (Distrito federal) but which in 2016 officially changed its name to Mexico City (Ciudad de México) and is becoming a 32nd state. The states are led by elected governors and state congresses with a chamber. The governors are elected for six years and cannot be re-elected, while the congressmen are elected for three years.

The presidential power is strong, although the congressional position has been somewhat strengthened after a series of legislative changes to the electoral system in the 1980s and 1990s. These contributed to a historic shift in power in 2000. Prior to that, Mexico for decades was in practice a one-party state, with the Institutional Revolutionary Party (Partido Revolucionario Institucional, PRI) dominating the government and the entire administrative apparatus at central, regional and local levels. Although the country was in a democratic state, electoral laws favored PRI, which also did not resort to electoral fraud and corruption. It was not until the late 1980s that a truly multi-party system emerged, which helped to break the PRI’s power monopoly. Two other major parties were then established: the National Action Party (Partido Acción Nacional, PAN) and the Democratic Revolutionary Party (Partido Revolucionario Democrático, PRD).

The PRI has traditionally portrayed itself as the protector of the workers and the rural population, a center-left party that mixed distribution policy with nationalism. From the 1980s, it became dominated by a right wing that pushed through a series of market-oriented reforms. Otherwise, during the last decades of the 20th century, the PRI emerged mostly as a state-carrying party that brought together the political elite and power, but lacked a clear ideology. When the PRI lost the presidential post in 2000, the party continued to control many states. With Enrique Peña Nieto’s victory in 2012, the party regained power at the national level as well, but retained it only for one term (see below).

PAN won the presidential election in both 2000 and 2006. PAN, formed in the 1930s, is a right-wing party of Christian Democratic incision. The party has its strongest support in the middle class and in the more prosperous states of northern and central Mexico.

The PRD, which was formed by an outbreak of PRI in 1989, is critical of the market economy and requires greater investment in the country’s poor. The party can be said to stand to the left of European social democracy but is drawn with an internal conflict between traditional and reformist socialists. After the 2012 election, Presidential candidate Andrés Manuel López Obrador left the PRD to lead the National Renewal Movement (Movimiento Regeneración Nacional, Morena) instead . Morena was registered as a party in 2014 and took many votes from the PRD in the 2015 congressional elections. López Obrador won the presidential election in July 2018 and Morena became the biggest party.

The leading opposition parties PAN and PRD, as well as the smaller Citizens’ Movement (Movimiento Ciudadano, MC, called Convergencia before 2011), entered into an election alliance for the 2018 elections, breaking their cooperation after the election.

The PRD has previously entered into an election alliance with the MC and another smaller party on the left: the Labor Party (Partido del Trabajo, PT). Prior to the 2018 election, PT instead collaborated with Morena. So did the Social Meeting Party (Partido Encuentro Social, PES), a right-wing social conservative formed in 2014. Together, Morena, PT and PES gained a majority in both chambers after the election.

One fast-growing party during the 2000s is Mexico’s Green Ecological Party (Partido Verde Ecologista de México, PVEM). The environmental party is the support party for PRI as well as the small New Alliance Party (Partido Nueva Alianza, Panal), which was formed by PRI outbreaks. 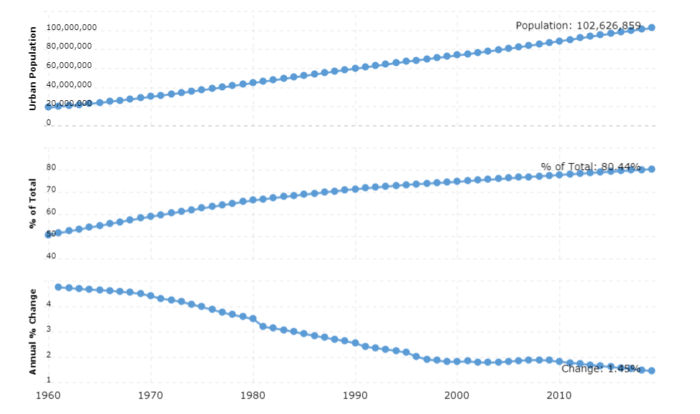