Short for NI by Abbreviationfinder, Nicaragua is a republic where the president is the head of state, head of government and commander-in-chief. Since Daniel Ortega and the Sandlinist Party FSLN returned to power in 2007, the state administration has become more centralized and the government more authoritarian, and parts of the constitution have been put out of play. The political opposition is divided.

The statute is from 1987 but has been revised several times. In 2014, the National Assembly passed a constitutional amendment that eliminated a previous ban on the direct re-election of a president, as well as a restriction on two terms in total. At the same time, a rule was abolished which meant that a candidate must get at least 35 percent of the vote in order to win directly, otherwise a second round of elections was required.

The provisions on re-election had been annulled by the Supreme Court as early as 2009, which allowed President Daniel Ortega to stand for re-election in 2011 (see Modern History and Current Policy). Ortega then ran again in 2016. The president is elected in general elections for a five-year term.

The National Assembly, with 92 members, has the legislative power. The members are elected for five years in general elections, at the same time as the presidential election. Of the mandates, 70 are distributed at the county level and 20 at the national level, according to the proportional method. The two remaining seats go to the second in the presidential election and to the outgoing president (or as 2016 as the last vice president). The voting age is 16 years. Since 2012, the lists must have an even distribution between women and men.

The constitutional changes in 2014 also meant that high ranking officers were allowed to take public assignments previously reserved for civilians, without having to give up their military position. Critics saw this as a way for Ortega to tie the military closer to the government, according to patterns from Venezuela. The government justified constitutional reform by replacing the current form of government with direct democracy (see below).

A step towards direct democracy was already taken in 2007 through a presidential decree setting up a civil power council(Consejos de Poder Ciudadano, CPC). The advice that was said to deepen popular participation is similar to the Sandinist Defense Committees (Comité de Defensa Sandinista, CDS) formed during the 1979 revolution after Cuban role model. The Citizens’ Council administers support from Venezuela but also the government’s social programs at the neighborhood level. The council, for example, selects which women should be given micro loans to start businesses and have influence over infrastructure projects such as paving roads. They can also propose to the municipality new projects / improvements in the neighborhood that they feel are needed. The opposition has criticized the councils and sees them as tools for the government party, and in connection with the unrest 2018 they are said to have served as government-loyal militia groups (see also Current politics and Democracy and rights).

Nicaragua is divided into regions, counties and municipalities. The Atlantic coast is an autonomous part of the country. It is divided into two regions, RACN (in the north) and RACS (in the south), each governed by its regional assembly, whose members are elected for four years. According to the constitution, the central authorities should respect the right of indigenous peoples to their own languages ​​and culture as well as their control over natural resources, but in practice this is poorly followed.

The main actors in Nicaraguan politics have for many years been the Sandinist Front for National Liberation (Frente Sandinista de Liberación Nacional, FSLN) and the Constitutionalist Liberal Party (Partido Liberal Constitucionalista, PLC). The socialist FSLN started as a guerrilla movement in the 1960s. The party has many voters among the poor, trade unionists and students, but also among the middle class. Dating back to the 1830s, the Liberal Conservative PLC has its main support among the upper and middle class, landowners and businessmen, but also among parts of the poor population.

Conservative Party (Partido Conservador, PC) is a right-wing party that also dates back to the 1830s.

FSLN and PLC were political opponents from the beginning, but in 1999 they signed a pact to strengthen their own power and block out smaller parties. For example, the parties agreed on several constitutional amendments, which means that parties must receive at least 4 percent of the vote in municipal or parliamentary elections in order to keep their party registration. PLC was in office 1997–2007. The 2006 elections were won by the Sandinists and Daniel Ortega became president from 2007, but the party initially lacked a majority in parliament and often had to rely on support from the PLC. The pact between the FSLN and the PLC lost significance in the 2011 election, when the FSLN advanced strongly and gained a two-thirds majority in Parliament, while the PLC lost almost all of its mandates.

Divisions within the PLC have led to the formation of several new alliances, including the Nicaraguan Liberal Alliance (Alianza Liberal Nicaraguënse, ALN), founded in 2005.

Prior to the 2011 election, the leading parties in the ALN joined an alliance whose leading force was the Independent Liberal Party (Partido Liberal Independiente, PLI). The alliance also included the Sandinist Renewal Movement (Movimiento de Renovación Sandinista, MRS) formed in 1995 after a small group of reform-friendly Sandinists left the FSLN.

PLI appears to be the leading opposition party but has long been deeply divided. The contradictions were so great before the 2011 election that the CSE electoral authority had to decide which faction would nominate the party’s presidential candidate. Despite the split, the alliance became second largest in the parliament in the 2011 elections. Almost six months before the 2016 election, a decision in the Supreme Court led to the replacement of PLI leaders and the party’s members later kicked out of the National Assembly. The falang whose leader was reinstated by the court received a few seats in the election, while most of the party boycotted it. 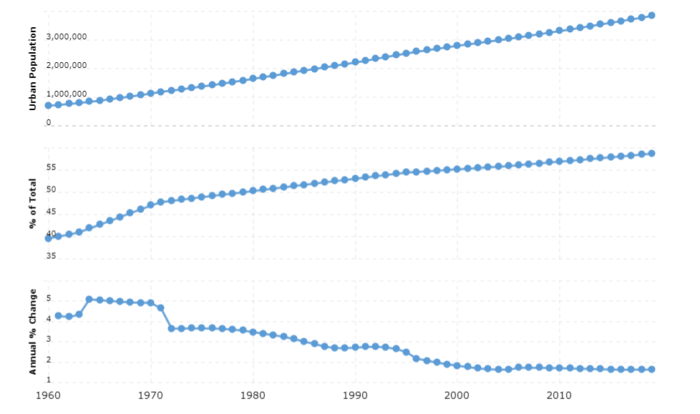