Short for PE by Abbreviationfinder, Peru is a republic where the president is head of state and government as well as commander-in-chief. Congress has the primary responsibility for legislative work. The political landscape is in constant turmoil with many new parties and alliances.

Under the authoritarian rule of Alberto Fujimori in the 1990s, the previous constitution was put into play. A new constitution was added that gave the president an even stronger position than before. Among other things, the President was given more opportunities to stop legislative proposals and to dissolve Parliament. After the fall of Fujimori in 2000, however, a rule was added that prevents the incumbent president from being directly re-elected.

The executive power lies with the president who leads the government, the Council of Ministers. One of the ministers is entitled “Chairman of the Council of Ministers” and is sometimes called Prime Minister or Chief Minister, but it is the President who controls the work and is the head of government. The president is also a military commander and appoints the highest commanders in the field of defense and order.

General elections for the presidential post are held every five years. If no one gets at least half of the votes in the first round, a second round is held between the two candidates who received the most votes. Thus, a president must not be re-elected directly; there must be at least one term in between. Two Vice Presidents are elected together with the President.

Members of Congress are elected in general and proportional elections, at the same time as the first round of the presidential election, and the term of office is five years. To get into Congress, a party must get at least five percent of the vote. Voting duty prevails for ages 18-70.

Peru is divided into 24 regions or departments, as well as two provinces with special status: Lima and Callao. The regions consist of 196 provinces, which in turn are divided into nearly 1,900 districts.

Under Fujimori’s authoritarian rule in the 1990s, the political landscape changed. The old parties had lost much of their reputation, and many voters turned instead to independent politicians, who often emphasized local issues and criticized major successes in the provincial elections. New parties and partial alliances also emerged, often built around a single person. The party landscape has continued to be constantly changing, but in the recent election held in 2020 several slightly older parties emerged again, possibly in response to the turbulence that has been (see Current policy).

At the same time, a party that had its own majority before the election collapsed: popular power (Fuerza Popular, FP). FP was formed under a different name ahead of the 2011 election by supporters of Alberto Fujimori, the former president who, despite being imprisoned in 2009, still has supporters among the Peruvians. The supporters form a right-wing political movement known as Fujimorism, and its main body is led by Fujimori’s daughter Keiko Fujimori. She was close to victory in the 2011 and 2016 presidential elections, but was defeated both times by barely a margin. FP became the next largest party in Congress in 2011 and by far the largest in 2016. After major political contradictions and corruption charges against Keiko Fujimori, FP then lost five-sixths of its previous mandate (see Current Policy).

No party gained a dominant position in the 2020 election, but the largest was the Popular Action (Acción Popular, AP), formed in 1956 by Fernando Belaúnde, who later became president in two rounds (see Modern History). The AP is considered a middle party.

The second largest in 2020 was the Progress Alliance (Alianza para el Progreso, APP), a right-wing party that was formed in 2001 and doubled its mandate compared to the previous elections.

It was followed by Union for Peru (Unión por el Perú, UP), founded by former UN chief Javier Pérez de Cuellar in 1994. UP was previously seen as a center-left party but has become increasingly nationalistic.

An unexpected rocket in the 2020 election was the evangelical Peruvian agricultural front (Frente Popular Agrícola del Perú, Frepap), a Christian fundamentalist party founded in 1989 and believed to have been favored by the collapse of the FP.

A series of left-wing parties dissatisfied with then-President Ollanta Humala’s policies in 2013 formed the Alliance Breda Front (Frente Amplio, FA), which became second largest in parliament in 2016 but backed in 2020.

In third place in 2016 came a party which then called itself Peruvians for change (Peruanos Por el Kambio, PPK), who by the spelling “kambio” instead of cambio got the same initials as the party’s presidential candidate Pedro Pablo Kuczynski. He won the election but was forced to resign in 2018 and the following year the party dissolved.

One of the traditional parties that survived is the Peruvian Aprista Party (Partido Aprista Peruano, PAP / Apra), which was long led by Alan García Pérez (President 1985–1990 and 2006–11). The party, which is the country’s oldest, has had a changing ideological profile but is now almost social democratic. The party became the second largest in the 2006 election, but then lost ground and became without a mandate in 2020. 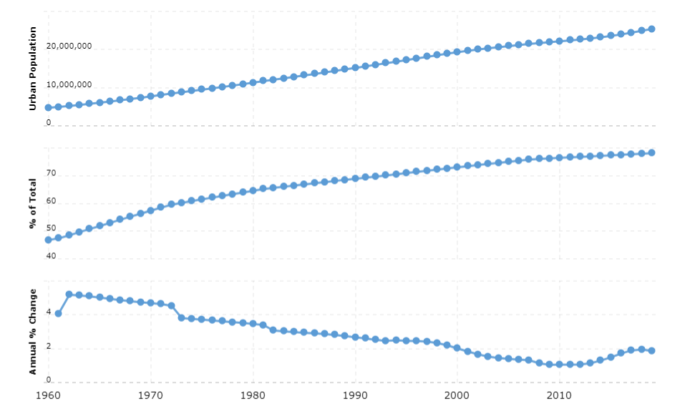 Regional and municipal elections are held

The elections result in severe setbacks for established political parties. Instead, local and regional movements are progressing strongly. According to preliminary results, local movements in 18 of 25 regions won. The result shows that the field is open to the presidential and parliamentary elections in April 2011.

Five people are reported to have been killed when police try to disperse around 7,000 miners blocked by the Pan-American highway, in the department of Arequipa in the south. The miners are protesting against a government decision to limit the right to wash gold. The government states as a reason that it wants to protect the environment, collect taxes from informal extraction of minerals, and curb social problems such as child labor, human trafficking and prostitution. The demonstrators in Arequipa distrust the government and fear that the purpose is to give big companies exclusive rights to the mineral resources. It is estimated that there are about 300,000 miners in Peru who work without formal employment with small-scale mining. Later in the month, the main road is again occupied by protesters protesting against the development of a large copper mine, Tía María, in Arequipa.

Many killed by the guerrillas

It is stated that at least 31 soldiers, six police officers and about ten civilians have been killed in 6-7 different ambushes by the leftist guerrilla Sendero Luminoso since December 2006.

Renovation in the government

As a result of the unrest in the spring, Chief Minister Yehude Simon resigns. President García appoints Javier Velásquez Quesquen from Apra as new prime minister. Several other ministers are also being replaced.

Fujimori is sentenced to prison

The legal proceedings against former President Alberto Fujimori, initiated in 2007, will end. He is sentenced to 25 years in prison for his responsibility for the security service’s “death patrol” Grupo Colina murdered 25 civilians in 1991 and 1992. In three other parallel trials against him, he is sentenced to multi-year sentences for abuse of power, illegal interception, bribery and corruption when he had gave his security manager, Vladimiro Montesinos, a million from the Treasury.

New unrest is emerging in the Amazon. This time, the protests apply new laws that the Indians see as a threat to the rainforest. The unrest culminates when at least 30 Native Americans and 22 policemen are killed as police and military strike down protests in Baguas province in the north. Indians use spears and machetes and take police as hostages, after which military is sent in and, according to Indian leaders, employ a massacre of protesters. The conflict ends with Parliament repealing the disputed laws.