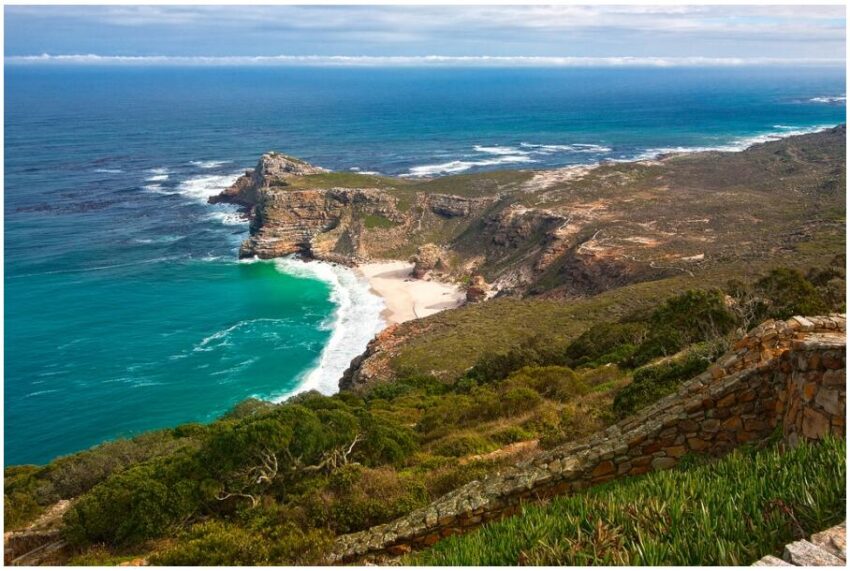 The Republic of South Africa, at the tip of which, the “Cape of Good Hope”, the Atlantic and Indian Oceans meet, is one of the most fascinating travel destinations on earth with its diversity. Whether on day trips in the wildlife parks, in hilly wine-growing areas, on hikes in the mountains or along the long white beaches, the lush nature inspires. With their cultural offerings, Johannesburg, Cape Town and Durban are not behind major European cities.

A species-rich fauna as well as an abundance of flowering plants are among the natural wonders to be discovered. A single vacation can only give a first impression of the beauty of the country. But the joie de vivre and the splendor of colors in South Africa stick in the memory and that’s why many return.

In the following we present you the most exciting tours, the most beautiful attractions and the best sights in South Africa. 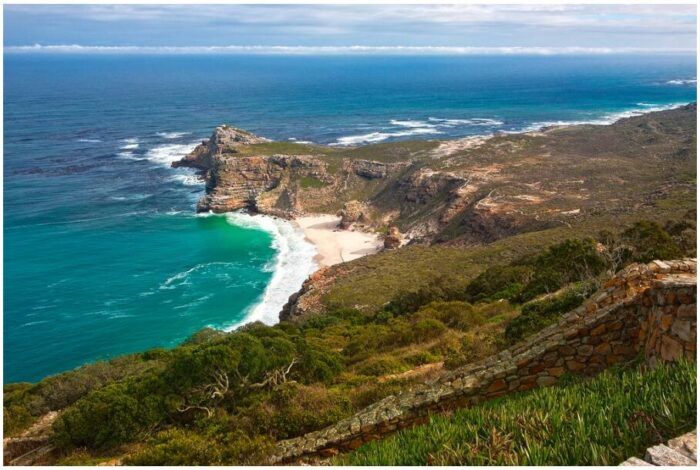 Anyone who has ever been there will confirm that Cape Town is one of the most beautiful cities on earth. In addition to the breathtaking surroundings, the pleasantly mild climate as well as the culinary and cultural offer are inspiring. The historic old town with its Victorian houses invites you to stroll as well as the historic Bo-Kaap and the flea market on Greenmarket Square.

One of the special sights is the newly opened “Zeitz Museum for Contemporary Art Africa”. A converted grain silo with glass elevators and spiral staircases houses 80 exhibition rooms in which all contemporary art from South Africa is exhibited. If you are tired of so much culture, you might want to relax in one of the bars on the neighboring “Victoria & Alfred Waterfront” with a view of the harbor after visiting the museum.

Of course, Table Mountain is one of the most important sights in South Africa, not only because it is Cape Town’s landmark. Table Mountain and Table Mountain National Park encompass more than 6,000 acres of forest, watercourses, cliffs, and wild vegetation with approximately 1,400 species of flora. If you want to climb the plateau at a height of approx. 1000 meters, you can take one of the hiking trails of varying difficulty or, more comfortably, take the cable car up in a few minutes.

Once there, the view to the end of the continent is breathtaking: over the metropolis Cape Town over Robben Island to endless beaches and the vastness of the sea. However, the view is often clouded by clouds or fog. To avoid disappointment, it is advisable to take enough time for the excursion and to pay attention to the weather forecast.

3. The wine regions around Stellenbosch & Franschhoek

The maritime climate of the Western Cape Province is ideal for growing world-renowned white and red wines. The region around Stellenbosch, Franschhoek and Paarl has made a name for itself with well over 100 wineries. The excellent restaurants and the local wineries invite you to visit. In small wine museums you can learn a lot about the history of South African viticulture.

In addition to tastings, many wineries also advertise their own cafes and restaurants that surprise with the excellent quality of their food. There is a generous selection of picturesque small hotels on site, which are available in different price categories. Spending the night here is particularly recommended if you have been a guest at a wine auction or wine tasting.

If you drive along the south coast, you can’t stop being amazed. The route along the Indian Ocean is so picturesque that it is difficult to limit the tips to a few sights. Picturesque little bays alternate with dense rainforest.

The idyllic towns of Mossel Bay, Knysna, Wilderness and Plettenberg Bay invite you to linger with a wide range of hotels and restaurants. With a little luck you can watch whales, especially in September / October. Nowhere should the marine mammals come so close to land as at Hermanus. The Tsitsikamma Nature Park or the Cango Caves near Oudtshoorn in the hinterland are also worth exploring.

The highest peaks measure almost 3500 meters, making the Drakensberg the mightiest mountains in South Africa. It stretches from the Kruger National Park in the north to the eastern Garden Route in the south and forms the border with the Kingdom of Lesotho. The amphitheater located in the Royal Natal National Park in the northern part of the mountains is particularly spectacular.

Another attraction is the rock art in Giant’s Castle Park. On a guided hiking tour you can learn a lot about flora, the rare fauna and the geological formation of the mountains. Thanks to its peculiarity, UNESCO declared the entire area a World Natural Heritage in 2000. 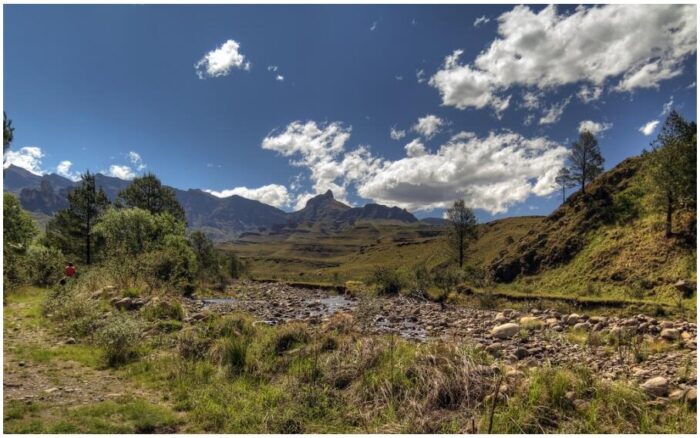 In the north-east of the country is the “Kruger National Park”, the largest game reserve in the country. Established as a protected area as early as 1898, the area received national park status in 1926. 147 species of mammals, over 500 species of birds, 114 species of reptiles, 49 species of fish and 34 species of amphibians live here and demonstrate the richness of South Africa’s fauna in this biodiversity.

The Arican winter is recommended as the best safari time because the cleared foliage allows a better view of the animals. Tourists can either book complete packages with travel, accommodation and meals, or they can customize their program and choose between hotels, lodges and small camps. Our tip: One of the luxury lodges in the neighboring Sabi Sand Reserve!

7. The Cango Caves near Oudtshoorn

The widely branched stalactite cave system of the Cango Caves near Oudtshoorn is definitely one of the sights of South Africa. The caves have been used by people for cult rites for around 10,000 years, but also as a shelter. Only one of the three cave sections below the Swartberge is available to visitors. Cango 2 and 3 were only discovered in the 1970s.

Today there is discussion of the possibility of whether there are other undiscovered forks in the cave. The approx. 1 km long guided tour through Cango 1, on which there are 416 steps, takes approx. 30-45 minutes and can be booked all year round.

Sodswana Bay, in the isiMangaliso Wetland Park on the north east coast of South Africa, is a paradise for diving and snorkeling enthusiasts. Between the beach and the coral reef, crystal clear water allows amazing insights into the underwater world. Diving courses, including equipment, are offered all year round.

9. The magic of Namaqualand flowers

In the South African winter, the northern Cape Province on the border with Namibia is worth a detour. In one of the driest regions of South Africa, the parched landscape turns into a sea of ​​flowers after the rains. Around 2000 types of succulents and 1500 other types of plants, 60 to 70 percent of which cannot be found anywhere else in the world, awaken to form a breathtaking carpet of flowers.

The flower garden of South Africa is a paradise, not only for botanists and entomologists, who can admire all kinds of insects, especially exotic butterflies, in droves.

10. Durban and the Indian market

The cityscape of Durban is shaped by its inhabitants: the natives, the Zulus, the descendants of English colonialists and Indians who came to the country in the second half of the 19th century to harvest sugar cane in the fields. So it is not surprising that rickshaws feel at home on the street in the city on the southeastern coast. Durban is known for its superlatives. In addition to the most important port in Africa, there is also the largest mosque in the southern hemisphere here.

One of the special sights is the “Indian Market” on Victoria Street. In addition to numerous Asian shops and souvenir shops, the colorful Indian spice stands are a real feast for the eyes. Curry alone is available in countless variations, some under imaginative names such as the destroyer of mother-in-law. 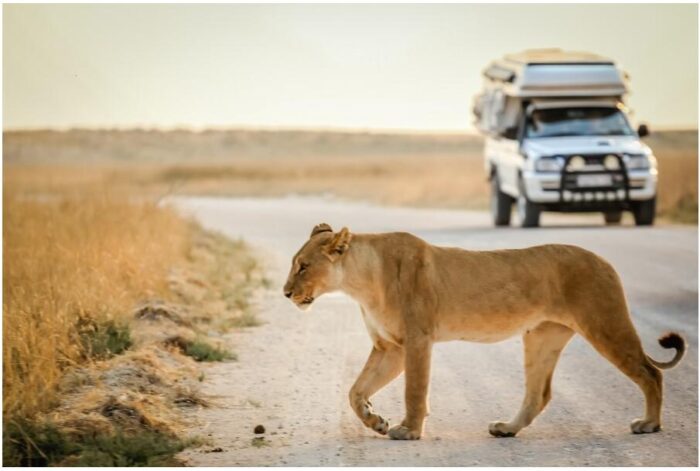