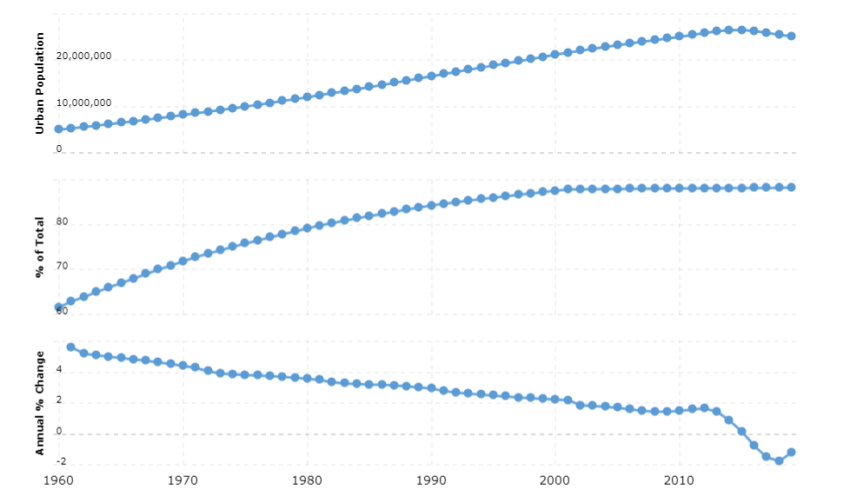 Short for VZ by Abbreviationfinder, Venezuela is a federal republic consisting of 23 states and the metropolitan area of ​​Caracas. The political landscape changed fundamentally when the country was given a new constitution in 1999 and Hugo Chávez as the new president launched his social project with “21st century socialism”. In recent years, the constitution has largely been put out of play due to the authoritarian rule under Chávez’s successor Nicolás Maduro.

The changes in 1999 meant that the presidential power was strengthened while the influence of the National Assembly and the judiciary was reduced. The new constitution, at least on paper, also gives special rights for the indigenous people (Indians) and other minorities. However, the traditional political parties and other influential groups such as the church, the military and the business community have been pushed back.

The president is head of state and government and has extensive powers. The president, who is also commander-in-chief, is elected for a six-year term and can, after a constitutional amendment in 2009, be re-elected an unlimited number of times. Chávez was re-elected as President in 2000, 2006 and 2012. Only a few months after his last election he died of cancer, and was succeeded by his Vice President Maduro in 2013 (see Modern History). The president cannot be dismissed by Parliament, but a referendum can be called for casting the president.

In December 2015, the Socialist Party (see below) suffered its first electoral defeat since Chávez took office, when an opposition alliance won the election to the National Assembly. Then, from the National Assembly was gradually his influence, culminating in the summer of 2017 the government announced elections for a so-called Constituent Assembly (or Constituent Assembly). This constitutional assembly consists of 545 regime-loyal members and exists in parallel with the popularly elected national assembly, which in practice has been completely maneuvered (see Current Policy).

The task of the National Assembly, according to the Constitution, is to pass laws. The number of members per state is determined by the number of residents and varies slightly; In 2015, 167 members were appointed. Three of the seats are dedicated to the indigenous peoples. The members are elected in general elections for a five-year term. Previously, everyone was elected by majority vote, but in 2015, 51 of the mandates were proportionally appointed.

In addition to the three traditional poles of power – the executive (the president), the legislative (the National Assembly) and the judiciary (the judiciary) – the 1999 Constitution also established the “electoral power” and “the civil power”. The former is held by the Electoral Council (Consejo Nacional Electoral, CNE), which is responsible for organizing and monitoring elections and referendums. According to the constitution, the five members of the electoral council shall be appointed by the National Assembly.

The civil power, with the task of ensuring compliance with laws and in particular the Constitution, consists of the Prosecutor General, the Auditor General and the Ombudsman. Voluntary organizations and other grassroots organizations participate in Parliament’s appointment of these.

The metropolitan area constitutes its own administrative unit alongside the federal states. Each state as well as Caracas has a people-elected governor, a legislative assembly and its own administration. The states are self-governing on a number of issues, but they have to follow the laws and regulations of the country and they are completely dependent on federal funds.

Several islands in the Caribbean are counted as federal areas, directly subordinate to the central government.

Party politics is dominated by the left-wing Socialist Party of Venezuela (Partido Socialista Unitario de Venezuela, PSUV), which unites a number of groups. Prior to the formation of PSUV in 2007, Chávez’s former party dissolved the Movement Fifth Republic (Movimiento Quinta República, MVR). Some left-wing parties have chosen to stand outside the PSUV, including the Fosterlands for All (Patria Por Todos, PPT), Venezuela’s Communist Party (Partido Comunista de Venezuela, PCV) and Podemos (Por la Democracia Social; the abbreviation “podemos” means “we can” on Spanish). All are, however, part of a PSUV dominated alliance: Large patriotic pole Simón Bolívar (Gran Polo Patriótico Simón Bolívar).

Exactly where Chávez stood ideologically was not entirely clear. He changed politics and programs ever since. He spoke of the self-determination of the people but allied himself with tyrants in countries like Libya and Iran. In 1998, Chávez said that socialism was out of date. He then believed in “the third way” and “capitalism with a human face”. In 2005, however, he called himself a socialist. Clearly, Chávez was populist, Cuban-inspired, and looked like a modern-day Simón Bolívar – the nationalist and freedom hero who wanted to unite South America (see Older History).

The successor Nicolás Maduro has as his main political message that he wants to continue to drive Chávez’s politics.

The Alliance’s largest party is Justice First (Primero Justicia, PJ), a middle party that was formed as an association in 1992 and became a party ten years later. PJ’s Henrique Capriles Radonski was MUD’s presidential candidate in both 2012 and 2013, but the regime banned him in 2017 from holding political posts for the next 15 years. Increased fragmentation within MUD caused Capriles to leave the alliance at the end of 2017 (see Calendar).

The MUD also includes Democratic Action (Acción Democrática, AD), which is Venezuela’s oldest party, founded in 1936. It was initially social democratic but developed over the years into a middle party, dominated by elite groups in society. Also included is the Christian Democratic Party Copei (Comité de Organizacíon Política Electoral Independiente, about Independent Political Electoral Committee). Copei was founded in 1946 and has its roots in the student movement but has also developed into a middle party. People’s will (Volunted Popular, VP), which is social-democratic oriented, became a formal party in 2011. The party’s founder Leopoldo López became a foreground figure in the unrest in 2014 and was sentenced in 2015 to almost 14 years in prison for his role (he was later moved to house arrest). In January 2019, VP’s Juan Guaidó was elected President of the National Assembly and he immediately became the opposition’s portal figure (see Current Policy).

Former Chávez sympathizers, including military, who believe that politics has become too radical, together with critical students, constitute an important oppositional force. 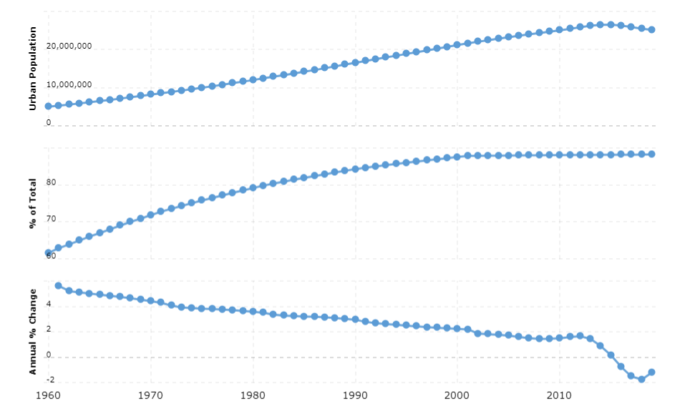